Dungeon Faster, one of the most popular mobile games of 2019, was also offered to the iOS platform after Android. The production, which is an original synthesis of strategy and card games, has been downloaded more than 100 thousand in the Google Play Store so far.

Dungeon Faster, offered by independent game developer Old Oak Den, has grown significantly in popularity since the first day it was released. The mobile game, which was released only for the Android platform last year, will also appear on iOS.

The strategy and card game Dungeon Faster, which recently received a major update to the Android version, has been listed on the App Store as of today. The production, which reached an important user base in a short time, has been downloaded more than 100 thousand times in the Google Play Store so far. 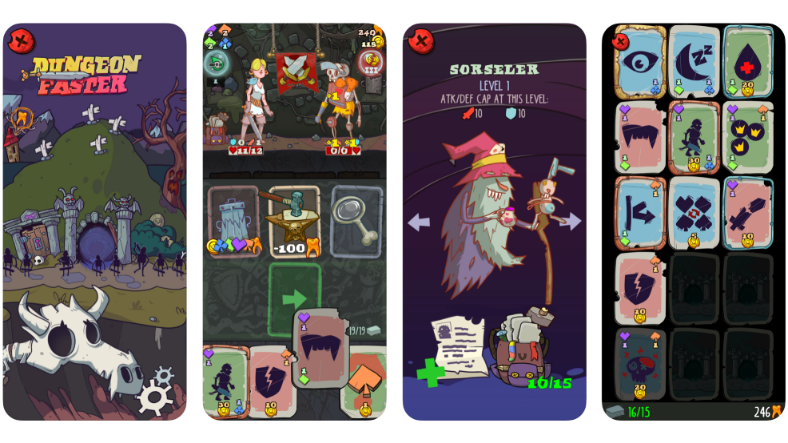 Let’s briefly explain the game for those who have not crossed the road with Dungeon Faster. There are many different characters to choose from in the game. You create your own special deck to defeat the enemies. By developing them later, you become stronger against your opponents. Dungeon Faster has a deep dungeon with many rooms filled with treasures. You can buy useful items here; but this is not so easy. Because you will have many enemies waiting for you in these dungeons.

Dungeon Faster, which can be played in two different ways, online and offline, is a completely free mobile game. The only in-app purchasable items in the game are donations you can make to independent developer Old Oak Den. Apart from that, you don’t need to spend money to progress and get stronger in the game. You can download the Dungeon Faster game from the App Store and Google Play to your phone for free.